Months after the California Coastal Commission voted to phase out off-highway vehicle access at Oceano Dunes, the issue remains a hot topic.

In October, California State Parks violated the March 18 decision to restrict vehicle access at the dunes by removing the southern exclosure fencing at the state park. The vehicle ban was intended to provide a safe and enclosed habitat for the federally threatened snowy plover.

In years past, that area would typically reopen to vehicular access around September or October after the snowy plover nesting season is over.

But, one of the permit amendments approved by the Coastal Commission in March requires the area’s conversion from seasonal to permanent protection, in compliance with the Endangered Species Act to provide a year-long habitat for the shorebirds.

The Coastal Commission quickly addressed the issue in a letter to State Parks on October 15, according to Public Information Officer for the California Coastal Commission Noaki Schwartz, requesting that the fencing be replaced and calling the situation a miscommunication between the two agencies. The fencing has since been replaced.

At a Coastal Commission meeting in October, Nipomo Mesa resident Rachelle Toti spoke about her experience witnessing vehicles on the dunes after State Parks removed the exclosure fencing on October 3.

“I would like to thank Dr. Angsworth and staff for their quick action to protect the nesting habitat of the western snowy plover and the least tern in the Oceano Dunes,” Toti said.

During the meeting, Toti also shared video footage she had captured of off-highway vehicles driving on the dunes where the fencing was removed.

“This shows hummocks in the closure that have been run over,” Toti said while showing the pictures she took.

Toti then shared a video taken six days later on October 9 of the same area, but this time with OHV tracks covering the natural area.

“That’s what happens to the vegetation,” Toti said in reference to a photo of run-over dune plants.

Meanwhile on the other side, OHV enthusiasts are still attempting to reverse the March 18 decision.

“Basically what they’re trying to do is fill in the gaps,” Suty said. “They didn’t do a good job in their March 18 hearing, so they had another hearing with revised findings to try and fill in those gaps, and they’re not allowed to do that.”

With the constant back-and-forth between environmental activists and OHV enthusiasts, Suty says it is hard to imagine the issue resolving any time soon.

“If State Parks, the Coastal Commission, Air Pollution Control District or any other entity tries to take shortcuts in their effort to close this area to those who it was promised, then there’s going to be continued legal battles that are going to ensue,” Suty said.

Public Information Officer for the California Coastal Commission Noaki Schwartz says the agency is unable to comment on the ongoing litigation. 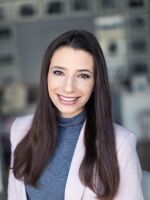