"Something we want to continue to do": Preserving Santa Barbara's past through community archives

There's an ongoing effort to preserve the stories of historic neighborhoods in Santa Barbara, led by curators from UC Santa Barbara. It's called the Santa Barbara Community Archives Project, and it focuses specifically on historically-underrepresented groups.

The project is funded with a grant from California Humanities, a non-profit partner of the National Endowment for the Humanities. Treat, who curates the Moving Image and Film collection at UCSB, and curator Angel Diaz, who’s in charge of the California Ethnic and Multicultural archives, are spearheading the effort.

"The goals of the project are to preserve local documents and local community histories," Diaz said.

Diaz mentions that while they welcome anyone with photographs and home videos from Santa Barbara to contribute, they’re specifically interested in preserving material from historically underrepresented groups. They’re also focusing on digitization.

“We will give those items back as well as a digital copy,” Diaz said. “And we’ll keep a digital copy and preserve it and make it available for anyone to access.”

Physical materials inevitably break down over time. Digitization, the process of converting information into a digital format so that information can be read and saved on a computer, is key to preserving culturally relevant items. Home videos are especially delicate, according to Treat.

She explained how one playback might be the last. “There’s always danger. That’s one of the reasons you want to digitize it, actually. If something happens, that’s maybe the only chance you have. So one playback could be the only playback.”

With historic photographs, it’s a little easier to see the damage. “ If it’s brittle, if it’s falling apart… any movement could hurt it,” Diaz said.

By digitizing material, you create copies immune to physical decay. You also generate an opportunity to share the material with large numbers of people. To collect this material, the Community Archives project hosted an in-person scanning event on November 5. Diaz and Treat were specifically hoping to gather photographs and home videos from Santa Barbara’s eastside neighborhood. Santa Barbara’s Eastside library provided space to host the event and helped publicize the event. The city’s historic trust distributed resources for conserving local history.

When asked how they thought the event went, Diaz responded that “[she’d] say it was a good start to something [they] want to continue to do.”

Treat shared some basic numbers, explaining that “[they] had about 12 different community members bring in videotapes for [them] to digitize back at the UCSB Library.”

“We had four who ended up submitting 34 photos which I think is a really great start to the collection,” Diaz added.

Treat explained that, while these numbers might seem modest, they actually deliver a lot of material. “We specifically limited people to bringing in five videotapes per household represented,” she said. “Because with VHS and some other formats you don't actually necessarily know how many hours of content are on it by just looking at it.” A single tape, for example, could hold six hours of content, and all of it has to be digitized in real time. To reduce time at the event scanner, a limit of 10 was set for photographs. Then there’s metadata.”

Metadata is a kind of ‘cheat sheet’ for anything containing more data – labels, for example. The labels on the collected videos vary. Some are handwritten. Others are missing. But it’s a starting point to categorize the videos. Treat and Diaz explain the range of labeled material they received. “You know, we had the expected events,” Treat said. She collected videos containing birthdays, Christmases, quinceañeras, and first steps. “My favorite is Halloween,” she added. “Because I don't know. It's just fun to watch.

Not all the film contained expected events, however. Treat said how one family brought in modeling footage. “One family, a brother and a sister, had some footage of them modeling as children at the downtown Santa Barbara Nordstrom store in the mid-90s. I believe the Nordstrom opened as part of the Paseo Nuevo initial opening in the early 1990s and then it closed down during the pandemic in 2020 and the building is still vacant.” The project’s digital copy will be this family’s first look back at the modeling – a window into a time and place fast receding with the years.

“They were definitely looking forward to a little family screening once they got it back,” Treat said.

Collecting materials not only provides a window to the past, but it also develops a sense of community, and a shared history. Diaz recalled how one woman who submitted photographs was actually her neighbor. And, as it turns out, this participant’s family had been in the area for over a hundred years.

“She was sharing [how] her family has been in Santa Barbara for a number of generations,” she said. “And we were scanning one photo of an uncle or a great uncle and then another of that uncle's sibling. And I realized that they had different names. I asked her why they have different names and she said well, her uncle had come here during the Mexican Revolution [and] so he had to change his name.

For Diaz, too, collecting this material from the Eastside – a traditionally Latino neighborhood in Santa Barbara has helped her, as a Mexican American, build connections to this place. "Here’s this community that’s historically Latino, Mexican-American and I am able even though I'm fairly new to see things that I can relate to, that I grew up with, and to make those connections and that's wonderful."

According to Diaz, cultural heritage institutions like universities archives have traditionally focused on the ‘dominant narrative’ when collecting local histories – i.e. traditionally common and readily available. It’s easier, but it leaves out minority groups. “We know that California, and Santa Barbara County, are very diverse,” she said. “There are various communities of people that have strong roots in and have helped develop Santa Barbara. It's important to be able to tell a story, our history, from various perspectives.”

So, what are the project’s next steps? Treat and Diaz are working to preserve the material they collected. But the collection event on November 3rd, was actually just the first part. “The second event which will be sometime in the summer of 2023 will be sort of our - we're calling [it]..a storytelling where we're going to share some of the things that have been contributed,” Diaz said.

“We are also going to be hosting a selection of the material that we digitized as part of a special digital exhibit which we can give you the address for later,” Treat said.

More information on the Community Archive Project is available here. Treat and Diaz hope to continue to preserve local histories in Santa Barbara in the future. 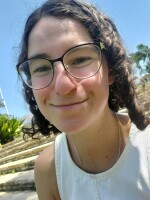