Listen: Jungle Fire's creative process is like "ten brothers in a room fighting for the top bunk"

Jungle Fire's Michael Duffy is one of three percussionists in the 10-piece Latin funk band from Los Angeles. In anticipation of the KCBX Holiday Funk & Folk Fest on December 10th, 2017, Duffy talks with Marisa Waddell about the band's music, creative process, and upcoming album. Plus, a sampling of tracks from their last album, "Tropicoso." 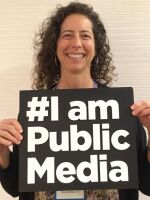