One farmworker's desire to see a better future in the fields and the community, and why that matters to the rest of us

Within the first few moments of talking to Amancio, his ideas of what makes farmworkers so important — and what they do to complete their necessary work — come out.

“If a farmworker doesn't work, then the rest can’t eat,” Amancio said. “The farmworker is the one who does the toughest job you can see. He wakes up early, stays up late, works in the rain, works in the cold. Everything — everything for a farmworker. And for me, it’s tough.”

But the 40-year-old Santa Maria resident is tenacious. And that tenacity comes from his time in the fields, picking strawberries — a job he still does now. Amancio has been in Santa Maria for 20 years. Most of those years have been alone, away from his family in the Mexican state of Guerrero.

His brother was in the U.S. for a bit, but now Amancio is on his own again and he stressed his need to find community here.

“It’s only that way that you can get ahead, because if you don’t get involved with a lot of people, you won’t,” Amancio said. “You won’t get ahead.”

Amancio said community makes it possible to lift everyone up, and to work toward fairer wages for himself and his fellow farmworkers.

The low wages Amancio faces affect him in ways beyond finding affordable and adequate housing, or buying food for sustenance. It also affects how he lives his life — including his love life.

Amancio said he wants to get married, but can’t because of how little he makes as a farmworker. He feels it’s important in marriage to have — and be — an equal partner.

That mindset, Amancio said, is why he hasn’t found someone to share his life with. He said one potential love interest went out of the picture because she wouldn’t put her fair share into the equation.

But while love is something Amancio has thought a lot about, it’s not the main thing he keeps coming back to in our conversation: It’s doing what’s right.

“The most important thing is to be your own person and unite with others — respect others and respect whomever, because then you’re being a good citizen, and a good person to everyone — or even yourself,” he said.

Amancio makes an effort to live by these words through his involvement with the Central Coast Alliance United for a Sustainable Economy, or CAUSE — an organization advocating for “social, economic and environmental justice for working-class and immigrant communities.”

His community work with CAUSE includes reaching out to his fellow farmworkers about issues that affect them, like pesticides and their rights as farmworkers. Amancio said many of his fellow workers greatly appreciate what he shares with them.

“We need unity — to unite, support each other like family, like brothers, and not signal that ‘so-and-so is dirty from working, we’re going to put him to the side.’ No. No,” Amancio said. “They’re the most important people. Why? Because they’re the ones who suffer, wake up early, bring food to the table.”

It’s that belief that drives Amancio in his community work. And his tenacity in that work — and in the fields — is reflective of many farmworkers’ experiences here in the United States and along the Central Coast. They are working hard to get ahead.

Stories like Amancio’s and the other farmworkers we’ve profiled over the last few weeks — Maria’s, Reina’s, Francis’ and countless others — are the brush strokes that produce a portrait of the farmworker experience.

Farmworkers in this country — and right here on the Central Coast, like the ones we’ve heard from — experience struggles day in and day out. As Amancio says, many farmworkers suffer.

But many also fight against suffering — and for their rights.

“We present ourselves as a country that believes in the American Dream: the ability to apply your labor, to work hard and to get somewhere and to have success,” said Matt Garcia, a professor at Dartmouth College.

Garcia, whose academic work focuses on California’s agricultural labor history, was offering explanations on how the fight for farmworker rights ties into the greater American experience. “So this is really just honoring what we say we're about as a society, No. 1. No. 2 is that our ability to feed our families and to feed ourselves is dependent on these workers,” Garcia said.

“So if they're unfairly treated — if they can't take care of their families — then we are not paying our due as consumers of the food that is produced in our fields in this country," Garcia said.

It’s not just the country as a whole; it’s the Central Coast. Families right here benefit from farmworker labor with every meal and every food item bought.

“We can all be treated this way — we can all be regarded as disposable. The question is: Where do we draw that line?” Garcia said. “We should not draw the line at the people that are producing food. We should include them as people that have a right to a fair wage, a livable wage, and healthy working environment.”

To many, Cesar Chavez is synonymous with the farmworker rights movement.

“All my life, I have been driven by one dream, one goal, one vision: to overthrow a farm labor system in this nation that treats farmworkers as if they were not important human beings,” Chavez said in a 1984 speech to the Commonwealth Club.

Although Chavez is gone, the fight continues. And people right here on the Central Coast — both farmworkers and non-farmworkers — carry on Chavez’s legacy.

Safe working conditions, accessible healthcare, fair wages, equal rights — they’re all issues these people fight for. And they also fight for community and family — not just in the fields, but beyond the furrows. 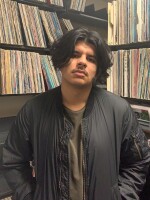