It's Giving Tuesday. Donate and nominate a nonprofit to win a $1,000 media grant from KCBX.
Arts and Life

Concerts in the Plaza celebrates 26th season in Downtown SLO

Downtown SLO’s Concerts in the Plaza is back for the summer and celebrating its 26th season.

Filled with live music, dancing, and drinks, Concerts in the Plaza will have ten weeks of free live music this year that began on June 24.

Bettina Swigger, the CEO of Downtown SLO, said there is a very streamlined process every week to make these shows possible.

"Music starts at 4:30 p.m. and then at the end of the night, we strike it all. So it's a one-day up, one-day down kind of a thing, and then we do it again the next week," Swigger said.

Concerts in the Plaza is free to the public. Swigger said Downtown SLO prioritizes a family-friendly environment for all to come together and enjoy the music.

"There's just nothing like experiencing live music outdoors in a beautiful place with people that you love," Swigger said.

Logan Baumgartner has been to Concerts in the Plaza many times and says he looks forward to each show.

"This is probably my 15th Concert in the Plaza. All the locals come out — some people from out of town. Visitors come in and there's a beer tent. That's always good," Baumgartner said.

Each concert brings diverse bands and music, from 80's pop and rock with the Molly Ringwald Project, to blues with the Tipsy Gypsies.

"Music is always awesome — lots of local talent. Some touring bands come through shows all summer, every weekend pretty much. It's awesome. It's a great thing for the community," Baumgartner said.

Each show is opened by a different local solo artist chosen from the 2020 lineup, which was canceled that year due to COVID-19.

"It's a big piece of labor, but it's a labor of love and it's worth it every time," Swigger said.

Concerts take place every Friday. The last show will be August 26. 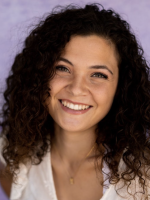