Beyond the Furrows: Protecting and preventing pesticide exposure among farmworkers

It’s a warm day in Santa Maria, as Santiago Fanvian — who’s called Santa Maria home for the last 17 years — is at a strip mall with his two sons, both of them wearing soccer jerseys.

He’s a farmworker, but he has a different job from the farmworkers heard from on “Beyond the Furrows:” he sprays pesticides on grapes.

He said he’s conscientious about the potential effects of pesticides, and protects himself when he’s at work.

“It’s what the warnings say — if you’re not careful, you can get cancer or some other illness,” Fanvian said. “But you protect yourself as much as you can. We hope, God-willing, that nothing happens because it’s a job that has to be done to take care of the family.”

Fanvian has a whole set of protections for himself when he’s spraying, including wearing long-sleeved shirts, full-face masks and changing mask filters every eight hours.

Another protection is spraying pesticides at night, which gives an application window when there are no workers in the fields.

“There’s residue, either way, on the plants,” Fanvian said. “Even though they say the waiting period has passed, the residue is there. And they’re in the soil, on the plants, on the leaves, everywhere. Because it’s agriculture, you’re going to find pesticides wherever.”

One farmworker who picks in the fields, Francis Salvador, said the growers always tell her when they’re spraying pesticides.

“We know because they tell us,” Salvador said. “They say ‘they sprayed the plant and you can’t touch this fruit because if you take it home, it can hurt your kids or you,’ and that’s not good.”

Farmworkers like Salvador and Fanvian are required by state regulation to be advised about pesticides and how to follow safety precautions, whether they’re spraying pesticides or picking produce. That’s where the California Department of Pesticide Regulation (DPR) comes in.

Kevin Solari is an environmental program manager for the DPR in its worker health and safety division.

One of his biggest roles is maintaining the DPR’s worker protection program for California’s farmworkers and pesticide handlers. The program involves evaluating, creating and revising the state’s pesticide regulations.

Solari said the department also gets help from every county’s agricultural commissioner.

“They’re the boots on the ground for enforcement efforts, and they’re very well versed in our regulations,” Solari said.

Solari also said these agricultural commissioners do spot investigations when they receive a complaint about worker exposure to pesticides, which then goes to the DPR for further examination.

“And that's fairly important to help with, possibly, future mitigation efforts to reduce any exposure issues that we find out through the county,” Solari said. “They have a set way to collect that information. They're very well trained on that.”

From August 1, 2019, to August 16, 2021, the Santa Barbara County Agricultural Commissioner’s office found that out of 50 production agriculture investigations, only two involved a potential pesticide-related illness that affected fieldworkers, according to deputy agriculture commissioner Lottie Martin.

Those two cases involved a total of five farmworkers over a two-year period. That’s down from 12 probable or possible agricultural cases of pesticide-caused illness or injury in Santa Barbara County across 2016 and 2017, according to DPR data.

But a 2015 survey of farmworkers done by the Central Coast Alliance United for a Sustainable Economy, or CAUSE, found 4 in 10 farmworkers had some concerns about the health impact of pesticides.

One farmworker in that survey said they were pressured to pick faster by having sprayers 30 feet behind them.

When asked about the CAUSE survey, the two investigations over a two-year period and how two stark contrasts can exist, Martin said there was an environmental justice workshop in late 2017 with help from CAUSE and organized by both the county ag commissioner and DPR.

She also said the ag commissioner works with the Santa Barbara County Farm Bureau to organize events that reach out to farmworkers about pesticide regulation information.

“That's a day where the growers can send their folks and have education provided to them in both English and Spanish,” Martin said. “And we talk about all sorts of potential things like drift and exposure and not going into a field where you see a sign, things like that.

Martin said these events, which take place bi-annually, are often well-attended, drawing around 300 farmworkers. She also said it’s part of greater efforts to get everyone to be more aware so they don’t apply pesticides near others.

“Nobody ever wants to be in the newspaper and find out that they affected their neighbors, fieldworkers,” Martin said. “So I think our folks try to be pretty cognizant of that. And they’re careful to try to ensure that they’re not spraying when people are nearby.”

Both the DPR and the county ag commissioner’s office also emphasized that educating farmworkers about pesticides is vital.

As the son and grandson of fieldworkers, Alex Cadenas knows there’s a hesitance among them to whistleblow — a common thread in this series. They’ve got bills to pay, places to work, he says.

“All they want to do is make sure they have food on the table, that they get paid by the contract and move on,” said Cadenas, who is the outreach and education specialist for the DPR’s health and safety branch.

Cadenas said he knows farmworkers are concerned about pesticide issues, which is why the DPR is trying to educate them. But in Santa Barbara County, where many fieldworkers speak Mixteco, it can be tough given the need for translators. Cadenas said that’s a challenge the DPR is aware of.

In addition, both Cadenas and Martin mentioned CASPIR, a phone app that allows workers to report any pesticide incidents anonymously, with English and Spanish options. Both said it’s an option in case a worker feels anxious about talking with the county ag commissioner.

Back in the Santa Maria strip mall, with Satiago Fanvian, enter-and-exit chimes go off every so often as people come and go, in and out of the stores. Fanvian said he’s unaware of any pesticide illnesses from his workplace for as long as he’s known, but he’s aware those problems exist among other growers.

“It’s a risk that runs with your job,” Fanvian said. “More than anything, you have to be careful because you have your families — someone who’s waiting for you at home.”

Beyond the Furrows is made possible by a grant from the Sunflower Foundation. 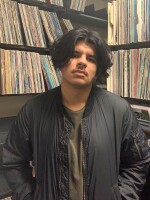