First we hear from a representative from a downtown SLO advocacy group—one that works to limit building heights, preserve the town's historic character and encourage stricter zoning regulations.

That was Allan Cooper of the group Save Our Downtown. The group meets every second and fourth Monday of the month at 3 p.m. at Petra Mediterranean restaurant on Higuera Street in downtown SLO.

Next, we check in with the CEO of Downtown SLO, the nonprofit formed in 1975 to promote a vibrant downtown. KCBX listeners have heard Bettina Swigger on our airwaves as a co-host of the music program “KCBX in Concert.” Since last October, Swigger has helmed the organization that coordinates the weekly downtown farmers market, and whose mission it is to support economic activity.

You've been listening to Bettina Swigger, CEO of Downtown SLO. 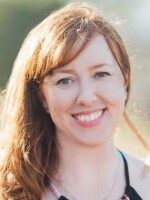