Central Coast elephant seals were hit hard by the winter storm, but the species itself is doing well

The atmospheric rivers that doused California didn’t just affect people and property — they also poured down on the elephant seals that come ashore on Central Coast beaches.

Winter is the seals’ season for giving birth. Some pups were washed away during high tides this month, and others separated from their mothers. Dr. Heather Liwanag and her team of undergraduate and graduate students at Cal Poly are keeping track.

“We do look at them weekly, and we see the sort of trends, and we do count by age class. So we have a general idea of at least within each beach what the fluctuation is in terms of pups. Including when we do see dead and abandoned pups as well,” Liwanag said.

The storms hit early in the season, before peak pupping, when most of the mothers have given birth.

“It starts in mid-December, and it tends to peak and mid-January. So right about now is probably peak pupping, and then it'll go on into February. So we're in it now,” Liwanag said.

Liwanag said waves washed sand off beaches during this month’s storm, reducing the amount of beach available for seal mothers and their pups.

So, they may go to other beaches to find a safe place.

“The females left due to that [January] storm, and I don't think we had as much pup loss as just relocation. But also some females have started coming back and now we've had pupping there. So it's possible they've just been moving when it really washes out, they just pick a different beach,” she said.

Every pup lost means a mother without a pup to care for. They will stay on the beach and mate, so they can have a pup next season.

Despite the pup losses, the elephant seals as a species are doing well. Liwanag said these storm losses probably won’t keep the seals from continuing to succeed on the Central Coast.

“Thankfully, because they're protected, the northern elephant seals are doing quite well. They're a really great example of conservation success, and hopefully that buffers them a lot from some of the issues that we are seeing. Because I do expect to see more storms in more King Tides with climate change,” Liwanag said.

Central Coast seal-watchers may encounter subdominant bulls on other local beaches, especially at Hearst Memorial Beach in San Simeon. Visitors should give them plenty of space, as they are recovering from battles on the breeding beaches. After they rest for a while, they will return to their ocean home, to feed and grow bigger for next year’s breeding season.

Highway 1 is open as far as the elephant seal viewpoint near San Simeon, though it’s closed north of that spot as CalTrans repairs the highway through Big Sur after major storm damage.

More information on the Central Coast’s elephant seals is online at elephantseal.org. 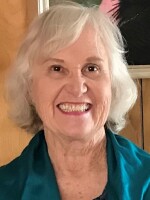 Benjamin Purper
Benjamin Purper came to KCBX in May of 2021 from California’s Inland Empire, where he spent three years as a reporter and Morning Edition host at KVCR in San Bernardino. Dozens of his stories have aired on KQED’s California Report, and his work has broadcast on NPR's news magazines, as well. In addition to radio, Ben has worked as a newspaper reporter and freelance writer.
See stories by Benjamin Purper