“It’s a real concern:” Rep. Salud Carbajal reflects on the future of democracy after election win

In this month’s general election, Democratic Congressman Salud Carbajal re-won his seat as representative for California’s 24th District on the Central Coast.

On November 10, two days after the election, the Associated Press released results of a poll conducted by the AP VoteCast. It indicated that 44% of American voters said that the “future of democracy” was their primary consideration when voting.

It’s a response, in part, to conspiracies about election fraud, heightened by political polarization in the US in recent years. Highlighted by the Jan. 6 insurrection and by vote-by-mail conspiracy theories, the American people feel more distrust in democracy now than in the past.

Carbajal refers to election distrust as a “phenomenon” that’s unfounded in reality, and promotes political violence.

“We need to take the speech as seriously as we take the violence it causes,” Carbajal said. “Because we know that [violence] is the end result of all those individuals that make and create and perpetuate the Big Lies, the conspiracies — and it undermines our democracy.”

Carbajal also pointed specifically to the recent attack on Nancy Pelosi’s husband, Paul Pelosi, when addressing what he calls the “growing rhetoric of lies and promotion of violence” in the U.S.

“I think it’s going to promote more extremists,” Carbajal said about the attack. “We were concerned about terrorism and the… radicalization of individuals — be it as it relates to terrorism — and now we’re seeing them here with extremists… and radicalizing people to actually believe in and act on those tropes and conspiracy theories.”

Carbajal cited “mainstream individuals” like former President Donald Trump — as well as extremist groups throughout the United States — as responsible for perpetuating conspiracy theories “without any evidence.”

He also noted that political figures who promoted this violent rhetoric were “overwhelmingly” defeated in the November 8 elections, contrary to what many thought would be a “Red wave.”

“The American people are responding to say: ‘enough is enough,’” Carbajal said. “‘We don’t want people… perpetuating the Big Lies and conspiracy theories and really questioning and threatening our democracy.’”

Even after taking the results of the election into account, however, Carbajal said the future of democracy is a “real concern.” Still, he remains hopeful.

“Can we survive?” Carbajal posed. “I’m an optimist. While I, too — I’m fearful and concerned — I’m optimistic that the American people will recalibrate [and] continue to send strong messages to extremists, to those that promote ‘Big Lies’ and conspiracy theories and promote violence. That’s not who we are as a country.”

Election fraud conspiracies have made their way into local politics, too. In 2021, former SLO County clerk-recorder Tommy Gong was the target of unfounded accusations about rigged election results in the county — which he said played a role in his departure from his position.

According to Carbajal, conspiracy theories are best fought off in the polls.

Carbajal is the clear winner of his congressional seat representing California’s 24th District, which he feels is “a big vindication and reaffirmation of [his] service.”

Election offices across SLO, Santa Barbara, and Ventura Counties — which Carbajal represents — have yet to certify their election results. 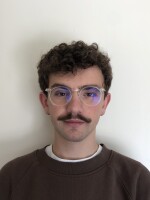