On this week’s Issues & Ideas, the city of Morro Bay continues its effort to build a $126 million dollar wastewater treatment facility near the north end of South Bay Blvd. But a group of residents are putting on the brakes with a referendum campaign; the county is currently verifying signatures that could trigger a public vote.

We hear how the referendum effort could increase the cost of the project, according to the city. Also, we hear the latest from those who want to see the project built, just not in the planned location as they say the facility will threaten the nearby national estuary.

Also, it's National Media Literacy Week! Contributor Beth Thornton talks with a Central Coast journalism professor Cyrus Saatsaz about teaching reporting and digital communication. With the growing influence of social media, they discuss the importance of teaching students to be healthy skeptics and to seek out credible, verifiable sources of information.

We hear a lot about being more sustainable in our daily lives: electricity, food and recycling. But what about your closest? An event in San Luis Obispo this week is aimed at helping people be more conscious about the clothes they wear, and the clothes they get rid of. Host Bryan Reynolds speaks with Amanda Thayer of the local organization SLOTH Fashion. She is partnering with HumanKind Fair Trade to host a "Conscious Closet" event Friday. Joining them in conversation by phone from New York is author of the The Conscious Closet: The Revolutionary Guide to Looking Good While Doing Good, Elizabeth L. Cline.

And a team of scientists recently spent a week exploring an octopus garden in the Monterey Bay National Marine Sanctuary. The garden is a nursery of sorts, a place where hundreds of female octopuses come to lay and take care of their eggs. Brimming with brooding moms, it’s the largest octopus garden ever discovered. 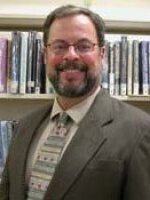 Brian Reynolds
Brian was born in Visalia, CA, and spent many years in the Central Valley before leaving for college at UC Berkeley. He holds a Bachelor’s Degree from UCB, and two Master’s degrees (UCLA and CSU Chico…Library Science and Public Administration). He lived abroad for two years in Spanish-speaking countries (Spain and Nicaragua) and is fluent in Spanish. He spent his career as a public librarian, serving as a Library Director for over 30 years. He retired from the Director position at the SLO County Library in 2013.
See stories by Brian Reynolds
Erika Mahoney
Erika joined KAZU in 2016. Her roots in radio began at an early age working for the independent community radio station in her hometown of Boulder, Colorado. After graduating from the S.I. Newhouse School of Public Communications at Syracuse University in 2012, Erika spent four years working as a television reporter. She’s very happy to be back in public radio and loves living in the Monterey Bay Area.
See stories by Erika Mahoney

Beth Thornton
Beth Thornton is a freelance reporter for KCBX, and a contributor to Issues & Ideas. She was a 2021 Data Fellow with the USC Annenberg Center for Health Journalism.
See stories by Beth Thornton