The recent slate of proposed development projects in Cat Canyon would nearly triple the number of active wells in the area. But oil companies Aera Energy and PetroRock have both canceled those plans, citing uncertainties in the permitting process and the global oil market.

"We were going to face kind of an uphill battle in Santa Barbara," Rust said. “We applied for our permit over five years ago. To do all that work, and then still have an uncertain future going before the planning commission and the board of supervisors—that is the kind of uncertainty that we were facing."

PetroRock did not respond to requests for comment on its withdrawn project.

Groups like the Sierra Club and the Santa Barbara County Action Network have voiced concerns about the projects since they were announced. Aside from climate issues, the activist groups worry about oil tanker accidents, fire danger and the risk of contaminating groundwater.

"All the oil in this project lies below the Santa Maria groundwater basin," Hough said. "So you have to drill through the groundwater that 200,000 of us rely on as drinking water, and irrigating 50,000 acres of crops."

Hough said leaks are rare, but that they do happen.

TerraCore, the last company pursuing a development project in the Cat Canyon Oil Field, removed its plan from the board of supervisors' agenda last fall, but the company said it plans to move forward with a project to develop 233 new wells. TerraCore also says it's adding mitigation measures for greenhouse gas emissions and a solar project to take care of some electricity needs.

John Zorovich is deputy director for the Energy, Minerals and Compliance Division at the Santa Barbara County Planning Department.

"It was definitely an issue of concern for the community, the [planning] commission,” Zorovich said. “The applicant—there's mitigation measures that were brought forward on conditions of approval for the project which would require them to lessen the severity of their greenhouse gas emissions to a ‘less than significant level,’ so I think that's what they're working on."

The Santa Barbara County Action Network's Hough and a Sierra Club representative both said any solar component would be too little, too late, and would hardly account for the energy needs of steam injection oil recovery.

TerraCore said it will likely resubmit its Cat Canyon application to the county planning commission later this summer. 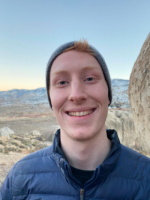