LGBTQ+ rights pioneer Phyllis Lyon died on April 9 at the age of 95. Lyon and her longterm partner Del Martin were the first California couple to get married after same-sex marriage become legal in the state in 2008, due to a ruling by the California Supreme Court.

A health clinic named in honor of Lyon and Martin may have its services severely cut on May 1, leaving thousands of patients without affordable healthcare in the midst of a pandemic.

Treatment at Lyon-Martin Health Services in San Francisco is specifically designated for transgender people and cisgender women. Many of the healthcare professionals at the clinic are members of the LGBTQ community.

“The fact is that we provide a service and a space that is rare and hard to find,” said former Lyon-Martin Trans Health Manager J.M. Jaffe.

Jaffe said the clinic directors have worked to provide affordable healthcare to their patients, most of which are uninsured. When Jaffe first joined the team in 2010, the organization was experiencing financial ups and downs. It was a costly effort, and after a near closure in 2011, the clinic faced serious financial instability and decided to merge in 2015 with HealthRIGHT 360, a nonprofit network that operates clinics across the state.

Jaffe said the team at Lyon-Martin agreed to the merger with the understanding that HealthRIGHT 360 would help Lyon-Martin organize budgets and fundraisers.

“We were supposed to be able to maintain our identity and our separate clinic space, even our self-governance, and that [HealthRIGHT 360] would take care of finances, development, HR, payroll and upper management tasks,” Jaffe said.

HealthRIGHT 360 CEO Vitka Eisen said when the companies merged, Lyon-Martin became part of Healthright360, meaning the parent company was solely in charge of finances and fundraising.

Jaffe said HealthRIGHT 360 managers early this year informed Lyon-Martin employees the clinic would need to be consolidated on May 1, cutting all services by 90%. This consolidation would reduce the number of patients from 3,000 to 300. Employees were also told to cut their work hours from 40 per week to eight hours weekly.

“There has been very little fundraising done for us if any,” Jaffe said. “There’s been no fundraisers thrown for us, few—if any—grants applied for, and no city RFPs applied for on our behalf, and what we think is happening on the ground is that there’s been a lack of prioritization of our community and our clinic in the [HealthRIGHT 360] development department,” Jaffe said.

Jaffe said they feel Healthright360 often neglected Lyon-Martin in comparison to it’s other clinics. Jaffe said Healthright360 directors have not been transparent with the union organizers about what’s actually been done to fundraise for Lyon-Martin.

Healthright360 has been accused of strategically consolidating small clinics. In an interview with NewNowNext, Lauren Kahn, HealthRIGHT 360’s vice president of communications and government affairs, disagreed with the accusations and said the parent company was trying to stabilize clinics that were facing closure.

With the rise in rent costs in San Francisco, Eisen said it was becoming harder to raise Lyon-Martin employee salaries to compensate.

“We have a clinic that despite doing amazing work, it just never had the ability to sustain itself year after year,” Eisen said. “We’ve done nothing but lose dollars for the last five years. So we made the decision that unless we could get some support from the city of San Francisco, or from a health plan or a funder who was really willing to backfill the gap, we couldn’t continue on because we’d put the entire organization at risk.”

Clinicians at Lyon-Martin have been providing COVID-19 tests to transgender people in shelters in San Francisco during the pandemic. Jaffe said they are worried about the potential closure because Lyon-Martin has been “life-saving” to so many people.

A petition and a GoFundMe campaign are circulating online, and every day Jaffe posts signed pledge cards on the “SaveLyonMartin” social media pages. They’ve also organized a ‘rally by phone,’ when supporters plan to call Mayor Breed’s office to ask for financial support.

“That’s probably the hardest part of my day,” Jaffe said. “Taking those pledge cards and posting them on social media because it literally makes me want to cry. They range from ‘these are necessary services that I can’t get elsewhere’ to ‘I would have died if I hadn’t found this place.’”

Jessie Funes is the president of Santa Maria’s LGBTQ+ organization, House of Pride and Equity, or HOPE. They said they are frustrated about the potential closure because medical visits have been stressful for them in the past.

“Sometimes you just feel this huge barrier, you know?,” Funes said. “And to hear that this clinic is not going to be there and that it’s affordable, it’s just heartbreaking.”

Funes said they wish there was a clinic like Lyon-Martin on the Central Coast because they wouldn’t be worried about being misgendered or discriminated against.

“The closest thing here is Planned Parenthood, because they provide gender-affirming care,” Funes said. “But even then, where we live [is] so conservative, dealing with protestors outside is not fun either.”

Jaffe said they are fighting to get city officials to make donations to keep the clinic running. Lyon-Martin has raised over 43,000 dollars so far, and is seeking action from Mayor Breed to help keep the clinic’s doors open.

“Phyllis [Lyon]—she always said that this clinic was her and Del’s clinic, and she was a client of ours as well, and always had such an awesome sense of humor,” Jaffe said. “We will miss her so much, and we just want to make sure we fight as hard as we can to keep her legacy alive and fight for the clinic and the community’s survival in her honor.”

[Editor’s note: three days after the publication of the initial version of this story, HealthRIGHT 360’s CEO said in a follow-up interview with KCBX News that after discussions with city leaders, she feels confident the consolidation will be postponed until at least the end of the fiscal year. As of 4/20/20, the clinic is still set to consolidate on May 1, according to Jaffe.] 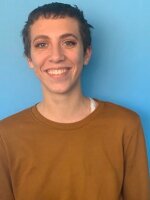